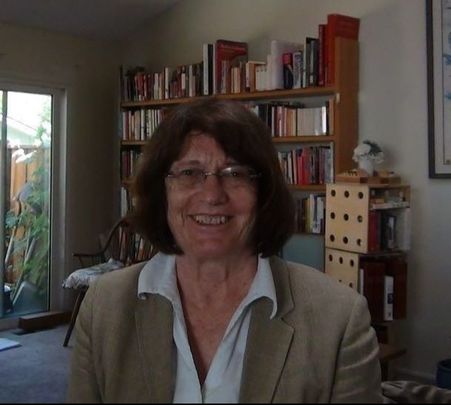 Jan Dietzgen came of age during the women's movement of the sixties. She grew up during the “Virgin Era” era in upstate NY, but by the time she got her masters from Columbia in political science, the Vietnam war was tearing the country apart and she was fighting for social justice. Her first job was a major milestone in her life—she taught an all-black school in Cleveland, Ohio, where the riots in the area were still smoldering, but her students didn't want to know about Eldridge Cleaver and the Black Panthers. They wanted to learn to read.

Moving to California, Dietzgen got her Masters in Teaching Remedial Reading from Santa Clara University. She set up the reading department at San Jose High School.  She loved Ms Magazine and emerging writers like Tony Morrison and Alice Walker. Between affirmative action and Playgirl Magazine, women could do anything. By the time Jan and her family moved to Switzerland, the Equal Rights Amendment was on its way. Ironically, it passed in Switzerland, where women hadn't gotten the right to vote until 1969 and failed in the US, the birthplace of Feminism. Jan was very active in local school affairs in the small Swiss city where they raised their children. She headed the Special Needs Department at La Boissiere High School of the International School of Geneva.

​When Jan and her family returned in 2000 to San Jose, California, it almost seemed as if women's movement had moved backwards. More women were graduating from college, but were not going into engineering. There were few women legislators or CEOs. When Jan retired in 2009,  she again became active through her work for organizations such as Move On, Amnesty International and RepresentUs.
Proudly powered by Weebly